“Germany's Brewery of the Year ” twice. 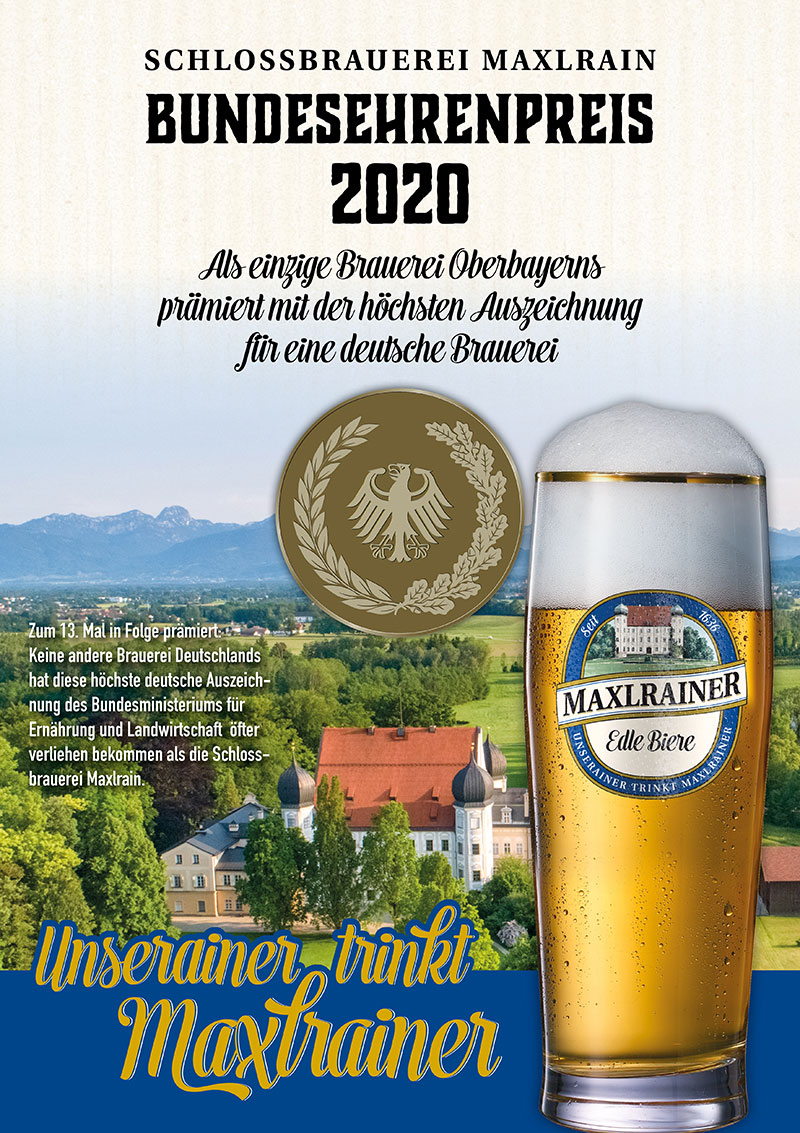 For the 13th time in a row, we can look forward to the BUNDESEHRENPREIS. In 2020, we were the only brewery in Upper Bavaria to receive this award. Furthermore, there is no brewery that has been awarded this probably highest award of the German brewing industry. Due to Corona, there was unfortunately no ceremonial presentation in Berlin this year. 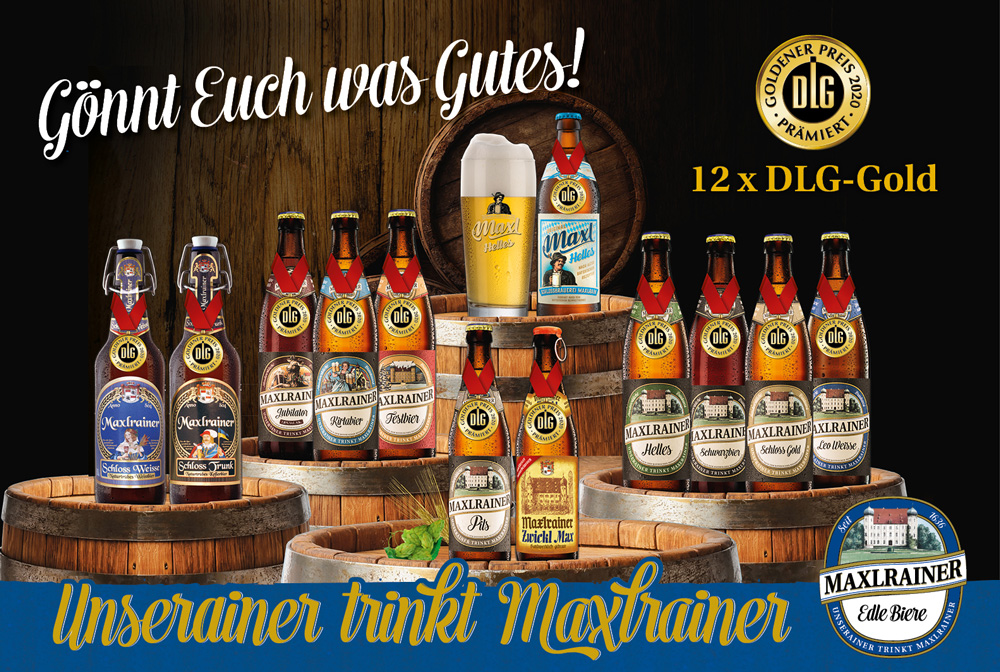 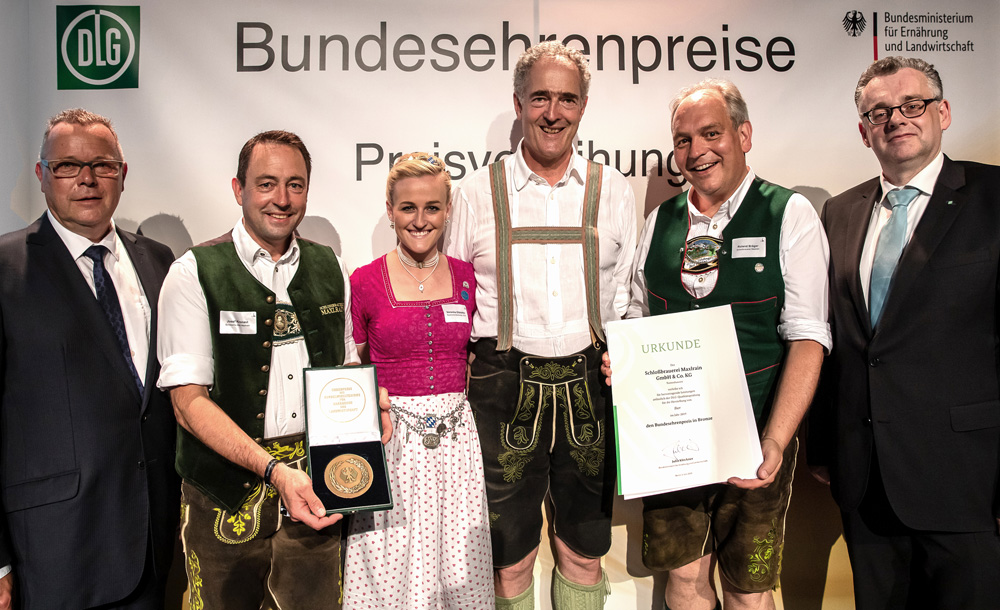 For the 12th time in a row, the SCHLOSSBRAUEREI MAXLRAIN was awarded the highest award in the brewing industry on 6 June in Berlin: the Federal Honorary Prize of the Federal Ministry of Agriculture. No brewery was allowed to accept it more often.